When I first heard the morning news reports regarding the A&E Networks’ decision to indefinitely suspend Phil Robertson, one of the stars of the smash hit reality television show “Duck  Dynasty,” for remarks he made in an interview for GQ magazine, my knee-jerk reaction was likely the same as many others. 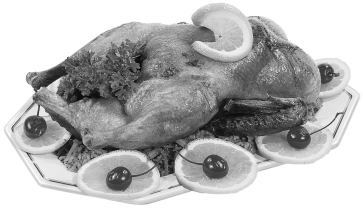 Namely, that A&E had violated Robertson’s rights to free speech.
My social studies teacher from high school, Doug Smith, would have cringed at my mistake.
“Did you learn nothing from my class?!!” he would ask – and with good reason.
The right to Free Speech in the first amendment is meant to protect people from being imprisoned for criticizing our government. It is an important right, one that is still all too rare on this planet, but it still has nothing at all to do with Phil Robertson.
How do we know this?
Because following publication of the GQ article, nobody arrested Robertson and put him in jail! Especially not the US government.
The attention that this story has drawn from some conservative pundits amuses me. The same folks who are currently bashing A&E’s decision to  suspend Robertson for expressing his personal beliefs are exactly the same folks who pilloried Natalie Maines and the Dixie Chicks in 2003 for daring to criticize George W. Bush and the Iraq War.
She didn’t go to jail either. But that didn’t protect her, or her group, from suffering the commercial backlash that her comments would make to their fanbase.
Country radio stations exercised their option to cut the group from their playlists and they earned a very chilly reception from their former peers in the Academy of Country Music.
Which just goes to show that while we may be protected from being political prisoners because of our personal views, the exercise of free speech does not protect anyone from commercial consequences in a free market.
However, all the blather from news pundits on this issue obscures a far more interesting story — a power struggle that’s going on behind closed doors between A&E Networks and Gurney Productions, the company that owns “Duck Dynasty.”
I read Drew Magary’s article on the family patriarch of “Duck Dynasty” in GQ. Being somewhat familiar with the magazine, I was not surprised that Magary’s tone in the article is condescending toward his subject.
But I do have to wonder if Robertson was familiar with the magazine before he agreed to the interview?
I respect Robertson’s profession of Christian faith and I believe it’s genuine. But I have seen no news story that dismisses the GQ article as libelous and there are some quotes that put A&E in a difficult position with its advertisers.
A&E Television is under the joint ownership of two rather powerful media giants: Hearst Corporation and the Disney-ABC Television Group. Though “Duck Dynasty” caters to a very big audience, it is just a demographic.
Disney and Hearst look at a much bigger picture. They don’t want just one demographic. They want them all!
I have no idea how much the Robertson family owns of the “Duck Dynasty” show. However, it’s easily the most successful show that its production company, the amusingly named Gurney Productions, has ever produced.
Before “Duck,” Gurney’s main claim to fame was “I Was Bitten,” a series it produced for Animal Panet about people surviving being bitten by large animals.
It also produced the series “Hollywood Treasure,” a reality pawn shop series, and “Haunted Collector” – a ghost hunter series.
But I am certain this is a company that is trying to use the media stir as leverage for a larger piece of the “Duck Dynasty” marketing pie.
But who in this relationship created this marketing juggernaut? Gurney or Disney?
Robertson, himself, said in the GQ article that celebrity in a television series is a fleeting thing.
“Let’s face it,” he said. “Three, four, five years, we’re out of here. You know what I’m saying? It’s a TV show. This thing ain’t gonna last forever. No way.”
So the real debate – the one going on away from the cameras and the pundits – concerns where the Robertsons and their production company think they can profit most?
Do they honestly think a relationship with Rupert Murdoch and Fox would profit them more than Disney and Hearst?
It’ll be interesting to see how this pans out.