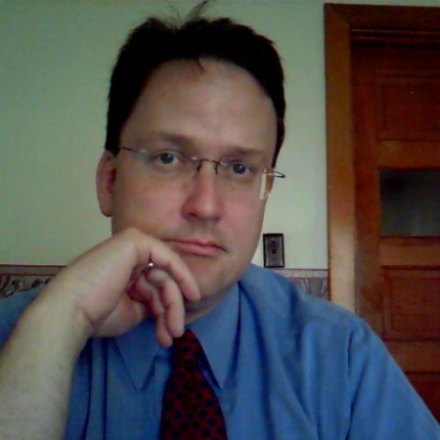 When city salt trucks skid and slide to the curb on the less steep side of Bridge Street hill, you know that the winter storms have taken it to a whole new level.
I suppose it was inevitable that brutal winters would re-assert themselves in this area. Two years of relatively mild cold seasons is about all we can expect.
There is only one person I can imagine enjoying this recent dip into the deep freeze. There are several in every town: the prophets of the bad-weather-to-come people. Like the person carrying the sign declaring that the “End is Near,” these are the people who predict on the first unusually cool fall day that it’s going to be a bad winter coming.
“Mark my word – we’ve had it too easy up until now,” they say.
A friend of mine in Nicholas County, who does this frequently, has some difficulty masking his personal pride over the fact that his dire prediction has come true. Anyone complaining about how cold it is outside is an invitation to remind people that he predicted it.
“I knew it was coming. I’m telling you, it was bound to happen. Bound to happen.”
Still, Tuesday morning was a first for me. I’ve never seen road ice so slick that it forced a salt truck to lose traction. Usually, when I am traveling snow-covered roads, I get a feeling of reassurance when I find myself in a line of cars behind those things.
But from what I gather from everyone else I’ve talked with about Cynthiana winters, the Bridge Street hill is a notoriously difficult stretch to climb in snow and ice.
While looking for photos to demonstrate just how bad things got during last Friday and Tuesday, more than one person suggested I just park along that hill and wait. And they were right, too. I lost count of the number of cars that were forced to turn around because they simply could not make the climb. I also held my breath a bit for folks descending the hill toward the intersection with Church.
It’s too bad that the hill leads into such a busy downtown intersection.
I was born too late to have this kind of experience, but a long time ago it was a common practice during snowstorms for towns to block off a road for sleigh riding.
I grew up in a neighborhood outside town called Indian Hills. I don’t know why it was plural, because we only had the one hill, but that hill provided the perfect spot for kids to grab a sled or plastic saucer – or garbage bag or whatever could be found – and slide down that hill.
As my friends and I got older and more daring, we were able to convert one of the natural dips in the hillside into an effective ice jump. At its peak, that jump would send us airborne about two or three feet and crashing into the flat at the bottom of the hill.
We’d run back up the hill to do it again, completely unaware about how good for us that was. Had we known it was exercise, we would probably have figured out a way not to do it.
Our ramp, though, was strictly amateur-land. For the kids in downtown Carrollton, the place to go was the side hill next to the mansion at General Butler State Park. About halfway down was “The Hump.”
I distinctly remember “The Hump.” On a winter’s evening, my mother took me and my sister out the park. The park sold coffee at the mansion while the kids enjoyed themselves.
The hill side was dark. Kids would take a running start down the hill and you would hear the scrape of their sled on the snow, then silence and a thrilled scream, followed by a rather heavy-sounding “THUD” as the sled re-joined Mother Earth on the hillside below.
Just asking some people around the Cynthiana Democrat office where local kids like to go tubing – or whatever new way toymakers have devised to hurtle kids down snow-covered hills at blinding speeds – I got stories about a city street being blocked off or makeshift ice bridges being built over creeks.
Someone told me that kids don’t sled down hills much anymore, which I know is wrong.
There are kid activities that are timeless and taking a saucer or some other plastic gizmo down a hill is beyond timeless. If kids are in a place where snow falls with any level of accumulation, they will find a way to slide down it at seemingly dangerous speeds.
But it was sure frustrating to try and find those places Tuesday morning. I’d love to have had a picture to go with this column.
But if there is a next time, which the way this winter is going, there will be, I sure would appreciate it if some informed reader could drop me some top secret info about where the kids are going.
At least, I hope there is somewhere that they are going.