I didn’t quite know what I was looking for, or expecting,when I went driving down U.S. 27 south to find the reported “woman in black” walking along the highway.

All I had was this ominous title — Woman in Black ­— and that was enough for me to be intrigued. I had not yet discovered that this odd figure had become an internet meme or that a Facebook page had been created just for her.
What I did know was that sightings of her walking down Paris Pike from Lexington and up US 27 toward Cynthiana had sparked wild speculations all over the internet. It became an instant topic of conversation and one of the few times in my memory when people sought out the Cynthiana Democrat Facebook page with anxious questions about “the story” on this woman.
And that was my mission on Monday morning. To get the story….
By the time I was in my car, this figure had become living folklore.
I drove the highways radiating from downtown searching for anything who fit the description of a wandering woman in black.
Then I got a tip on my cell phone. The woman had been seen passing Cockrell’s Auto on the highway heading toward Cynthiana.
As I exited the roundabout to southbound 27, part of me hoped I wouldn’t find this woman.
It somehow felt right that I should search and never find this person. Then I would be free to dismiss the whole story as groundless rumor. People would be talking about sighting the mysterious woman in black and I could add my two cents by telling about how I looked for her and she wasn’t there.
But not long after I had passed the Kentucky Farm Bureau office, sure enough, there she was — dressed in billowing black robes and head scarf bearing two large linen sacks dyed the same flat black.
Usually when something of this nature occurs, our imaginations far exceed the actual event.
But not this time.
In this one rare instance, the woman in black not only met my every expectation for a strange roadside encounter but, bless that dear woman, she exceeded them by responding to my presence in the best way possible.
She completely ignored me.
I found a place to stop on the side of the road, awkwardly awaited her approach with reporter’s notebook in hand, asked permission to talk and she walked past me without a word, glance or slight acknowledgement.
I knew in that moment that there wasn’t going to be an answer to this mystery and, to be honest, I was glad.
I had occasion to see others approach her along the highway. She refused offers of water or food, but never complained, or even reacted much at all, when people took photos.
I can empathize with the criticism that this woman was needlessly bothered by the attention of the press and passers-by. However, if it was her intention to travel a great distance on foot unnoticed, she chose to dress herself in a manner that drew the maximum amount of attention towards her.
What possible reaction can one expect when you choose to be a “strange, silent woman in black robes who wanders the highway?” That’s  something right out of an episode of The Twilight Zone.
And because she chose to offer no explanation, she opened the vaults wide for all manner of weird ideas. I like to think I’m above that sort of thing – but I’m not.
By Monday afternoon, the woman ceased to be the real story, if she ever was at all.
The story was the tales and theories being circulated among those whose imaginations she had captured.
My favorite was the theory that there were multiple women in black; some figured she was staging a wordless political protest; she was a self-appointed holy person on a spiritual pilgrimage; or it could be some kind of performance art to start people talking.
One person went into paranoia overdrive, suggesting that she was randomly planting bombs along her way … sigh.
For myself, I was influenced heavily by the brutal weekend accident that claimed the lives of two young people I knew well in Nicholas County. Combined with other fatalities and suicides that have happened this month, I could not help but apply a metaphysical explanation to her. A silent, blank-faced woman in black certainly lends itself to supernatural images of a spectral figure of death, even if the subject is clearly mortal flesh and blood.
Fortunately, I was able to dispense with these ideas when I heard updates on social media that she’d been seen shopping at the Wal-Mart in Alexandria.
That bit of intelligence returned her to human form.
But I am still no less intrigued by the mystery surrounding her presence. Ironically, though, I hope we never find out the truth.
In this case, I think, truth would ruin the story. 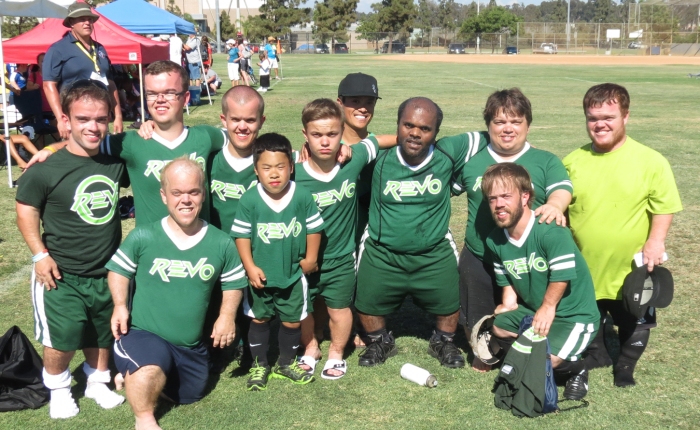 Kentucky athlete Tim Murray can be easily considered one of the most accomplished, successful and least known athletes in Kentucky.
Which is odd, really. He makes a remarkable first impression. And it has very little to do with that fact that he’s a bit over four feet tall.

As an athletic trainer and physical therapy assistant at Harrison Memorial Hospital in Cynthiana, Kentucky and at Paris High School, Murray has contact with people who are often surprised by his appearance — at first.
For example, when he started as an athletic trainer at Paris High School, the athletes were often shy when they first met him. Murray exhibits such an affable and confident personality, he quickly gains people’s trust.
“People are nervous about what to say when they meet me. Especially those who’ve never met a little person before,” Murray said. “But they get used to me pretty quickly.”
In addition to his friendly demeanor and genuine desire to help people, Murray is a driven athlete. It is this personality attribute that has influenced his career choices and set the foundation for his athletic endeavors.
In 2009 at the World Dwarf Games in Belfast, Ireland, Murray set a world record for athletes of his category with a bench press of 286 pounds. He was a graduate student at Murray State University at the time, earning a masters degree in human development and leadership.
For the last 11 years, Murray earned a gold medal in his division of shotput from the Dwarf Athletic Association of America (DAAA) national games.
That streak of gold, however, came to an end at the DAAA 2014 National Open in San Diego earlier this month. He was edged out of the top spot on the podium by a good friend from the United Kingdom, he said, and had to console himself with a silver medal.
“It’s a wake up call,” Murray said. After winning the gold in his shotput category during the 2013 World games in East Lansing, Michigan, the 27-year-old athlete worries that he may have become complacent.

At the 2014 nationals he won a silver medal in shotput, and bronze medals in javelin, discus, and team boccia. Murray accepts that these results are notable.
But it was the first time that he did not earn at least one gold medal in track and field events and that chafes on him a bit.
Murray has been actively competing in DAAA events since he was nine years old.
He was born and raised in Edgewood, Kentucky.
He comes by his love for sports naturally. His father and brother both played baseball through their college years and have continued to be active. His sister is a distance runner and enjoys competing in “tough mudders” marathons these days, he said.
Being a competitor is a Murray family trait, he said.Though he is the only little person in his family, he was never discouraged from participating in sports.
“The only thing my doctor said was ‘no football.’ Other than that, I was involved in any sport that interested me,” Murray said.
At Scott High in Covington, he played baseball and was on the swim team. There was no special concessions made for him. He played at the same level as his taller peers.
“I had to earn my way on the field the same as anyone else,” he said. When he became a Scott High freshman, being a little person was no longer a novelty among his friends and teammates. They had known him all their lives.
“My friends have no sympathy for me at all. When we played, man, they did not hold back,” Murray said with a laugh.
Despite the opportunity to play at the high school level, Murray appreciates what the DAAA gives to athletes like himself.
“I’m very lucky to have been a member of the DAAA chapter in Greater Cincinnati,” he said.
In the world of the dwarf athletics association, all ages and all body types are given a chance to compete on a level playing field with their peers.
DAAA national games coincide with the Little People of America (LPA) annual conventions. The DAAA national open, which began in 1986, has become very popular and the competition more intense as the numbers of athletes increase.
Murray excels in individual events, but he’s also a team member in basketball, soccer and volleyball.
The games only last five days and are quite a test of an athlete’s stamina. In team events, the games are all played within the span of a single day, Murray said. If a team gets to a medal game in soccer or basketball, for example, they have usually played five to six consecutive games.
“It’s a real iron man type competition. I am glad to see old friends, but by the end of nationals I am wiped out,” Murray said.
It has been personally gratifying to witness the national and world games grow larger with each succeeding year and he hopes to still be a competitor when the events start attracting major commercial sponsors.
These games are very important, he said, especially for children who are diagnosed with some form of dwarfism.
“It’s a gene thing. But small children are already challenged with just being different. Being able to compete and succeed in sports at any level, helps them accept and love who they are,” Murray said.
Murray is already starting training to return to his place at the top of the podium for shotput.
And while he’s at it, he might as well get another for discuss.